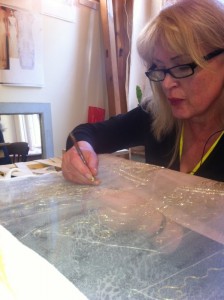 Over the course of my career I’ve undertaken more bead embroidery commissions than I can ever hope to remember. Here’s a small sample of my working life: